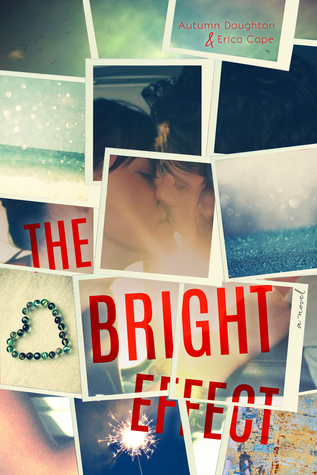 If I had to describe The Bright Effect with one word, it would be WOW.

Without warning, this book ripped my heart apart. I felt sadness, anger, and disbelief. Out. Of. Nowhere. All after I spent more than half of the book getting to know and falling in love with three key characters. But then Doughton and Cope did something extraordinary. They slowly put my heart (and one of the characters) back together again.

During the first half, we are introduced to twins Amelia and Daphne Bright. While both girls are popular, Amelia is serious and studious, and Daphne is fun and the life of the party. These characters are so well developed, each with distinctive personalities and mannerisms. I loved both and felt as though I was right there next to them when they joked around and when they shared more tender, sisterly moments. We also get to know Sebastian (Bash), who has taken a step back from the social scene due to responsibilities at home. When Amelia and Bash cross paths, sparks fly. To my delight, their relationship develops slowly, and everything they think and say and do while they get to know each other is sweet and gives me butterflies. Knowing these three characters so well is what makes what happens midway through unbearable in so many ways.

At the beginning of the second part, I had no idea what to expect. And to be honest, the shift in mood was jarring, so I worried that I would not be okay with the ending. Well, it turns out I didn’t need to worry because Doughton and Cope knew exactly what they were doing. Bravo for handling such a sensitive topic with depth and for not glossing over the pain involved.

I should also mention how much I enjoyed the writing style of these two authors. I don’t know who wrote what, but it doesn’t even matter because the style was consistent throughout. The dialogue was great too. It was realistic and flowed beautifully.

There are so many awesome quotes in this book. Here are a few of my favorites:

“Like everyone else, she wants to pry and handle my misery like a coat that she can put on and discard whenever she feels like it.”

“The memories whisper across my arms and back, bringing up goose bumps on my flesh, haunting me like a shadow that I can never outrun.”

“The past is a condemned building we’re being evicted from and the future is nothing but a forwarding address to a place we’ve never been.”

*Many thanks to the authors for providing me with a complimentary copy of this book. 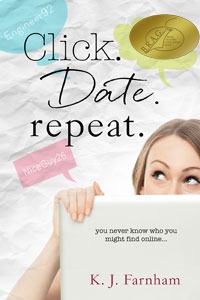 Follow these steps to claim your free Kindle book: 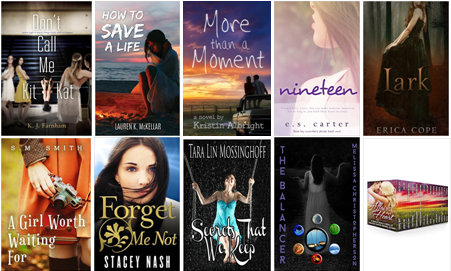 A Girl Worth Waiting For by S. M. Smith

Forget Me Not by Stacey Nash

How to Save a Life by Lauren McKellar

More than a Moment by Kristin Albright

Secrets That We Keep by Tara Lin Mossinghoff

The Balancer by Melissa Christopherson

If you’ve already read Click Date Repeat (or even if you haven’t), please help spread the word about this promotion! Thank you!

Please help me celebrate the release of my new YA novel Don’t Call Me Kit Kat!

* Enjoy giveaways from the following YA authors:

* Invite your friends to the party for a chance to win a $25 Visa Gift Card! (Awarded to the guest who invites the most people.)

* Participate for a chance to win a collection of some of K. J. Farnham’s favorite YA novels. 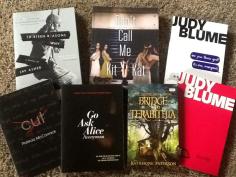 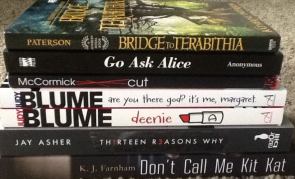 *Even if you’re unavailable from 6-9:30, please join the event. All of the giveaways will remain open until midnight!

Visit the event page on Facebook for more information. Hope to see you there! 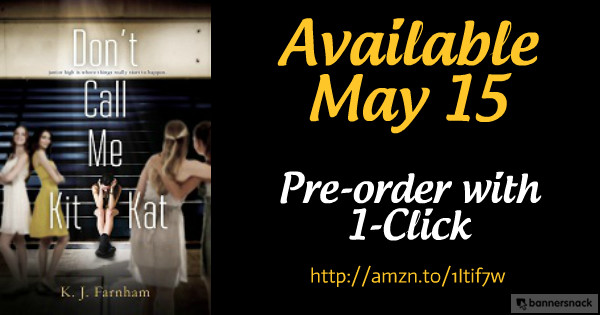