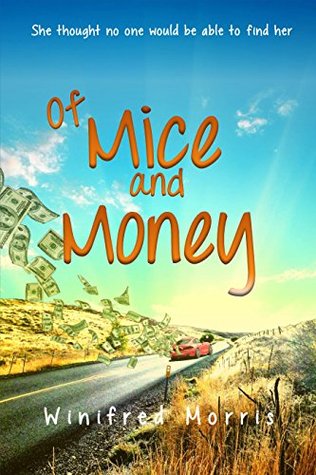 Of Mice and Money tells the story of Kiva, a woman in her late thirties who wants to make a clean break from her drug-smuggling husband. After a decade of putting up with his “scary business” and being told things on a “need-to-know” basis, she decides to give up a life of luxury for one that is simpler, quieter, and much safer—or so she thinks. When she finds a place that seems perfect for a fresh start, chaos (and humor) ensues as new and familiar faces begin showing up on her doorstep.

Much of the first half of the book, which was a tad slow but packed with the hilarious inner dialogue of Kiva, is spent setting up the plot and introducing key characters. However, if the author hadn’t done such a thorough job of introducing each character, I’m not sure the second half would have flowed as well as it does. As soon as Kiva’s hippie parents show up, the story really takes off. I finished the book in one sitting from that point on. There were no loose ends by the end, and I felt thoroughly satisfied with how everything shakes out.

I really enjoyed getting to know Kiva, who is funny and likeable despite the mistakes she has made in the past, especially in regards to her daughter. When Amy shows up after not seeing Kiva for four years, their rocky relationship adds a layer of drama that any mother or daughter can probably relate to.

This book sort of reminds me of the popular TV series Weeds. Despite the seriousness of some of the themes in the story (drug dealing, drug use, mother/daughter drama, deadbeat parenting), it is still humorous and quite entertaining. No, Kiva is not a drug dealer like Nancy Botwin in Weeds, but their personalities are quite similar. If you were a fan of Weeds, then this book is right up your alley.

Note: I received a complimentary copy of this book in exchange for an honest review. 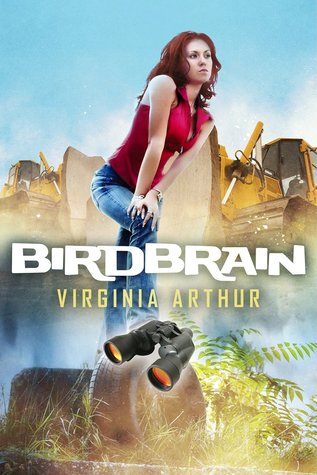 Don’t let the cover of this book fool you. Not only does Birdbrain chronicle a young woman’s path to self-discovery, but it is also thought-provoking in regards to nature and the environment. Virginia Arthur took me on an emotional roller coaster. If you enjoy books that make you laugh, cry, analyze your beliefs, and reflect on relationships, then this one is for you.

The first half focuses a lot on Ellie leaving her husband of six years. She goes back and forth with her decision, driving her best friend Patty crazy. There were times when even I became annoyed with her, but then it occurred to me that I have been in her shoes. In fact, I don’t know many women who haven’t had their hearts broken by emotionally stunted men. The indecision Ellie suffers from is so relatable, and her discussions with Patty about her ex reminded me of so many discussions I have had with friends. I could see myself in both Ellie’s and Patty’s shoes. Despite Ellie’s lingering sadness over the divorce, she is still an extremely endearing character.

If reading about failed-relationship-induced heartache is not your cup of tea, don’t worry, there’s so much more to this book. Ellowyn’s inadvertent journey into the world of bird watching is another theme that will keep you entertained. It begins as something that helps her through the divorce and evolves into a fierce passion for nature. I loved reading about Ellie’s bird watching and about all the eco-related things in this book. In fact, it is doubtful that some of the ideas presented in this book will ever leave my mind or my heart.

Quotes from Birdbrain that I loved:

“Materialism was the order of the day in the race to see who could become even more superficial.”

Note to readers: The author was kind enough to provide me with a complimentary copy of this book in exchange for an honest review. I am so glad to have read it. I may even take up bird watching.