The 27 Club has a very interesting premise. It sort of reminded me of the movie 13 Going on 30 with a dark, paranormal twist. I went in blind with zero knowledge about the meaning of the title, and this made for a really cool aha moment when I realized what was going on. So if you’ve never heard of The 27 Club, I suggest not looking it up until you read this book!

The first ten chapters or so detail Erika Takai’s horrible birthday experiences, year after year. I have to admit, all of her “bad luck” put me in a funk, and I kept wondering when things were going to get better for her. Well, when that moment arrives, it isn’t what it seems, and her newfound good fortune has a price. At that point, I didn’t want to stop reading until I knew what Erika’s fate would be.

If you enjoy new adult books with paranormal elements that explore fate and second chances, then you might enjoy this one.

*Thanks to the author for providing me with an ARC of this book in exchange for my honest opinion.

One of my favorite things is finishing a book and feeling so emotionally drained that I have to sit and reflect on what I just read. That’s exactly what happened when I finished this book. I sat there. I reread the last paragraph. And then I sat there a little longer. I felt sad and a little bit happy at the same time. I wanted to hug the author and every single character in the book (except for one). Dammit, I didn’t want it to be over!

But that’s life, right? Things suck sometimes. Things change. Things end. And that’s what I loved most about this book. It was so real. Too real. That’s why it made me cry. But even if I didn’t have first-hand experience with the primary theme in this book, it still would have made me cry because Kim Holden did a masterful job of depicting what it’s like. 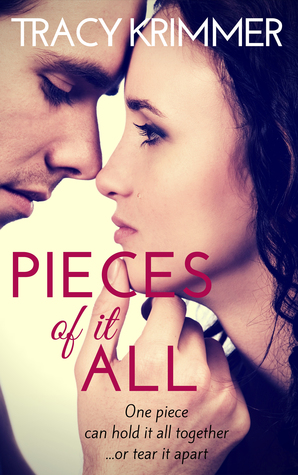