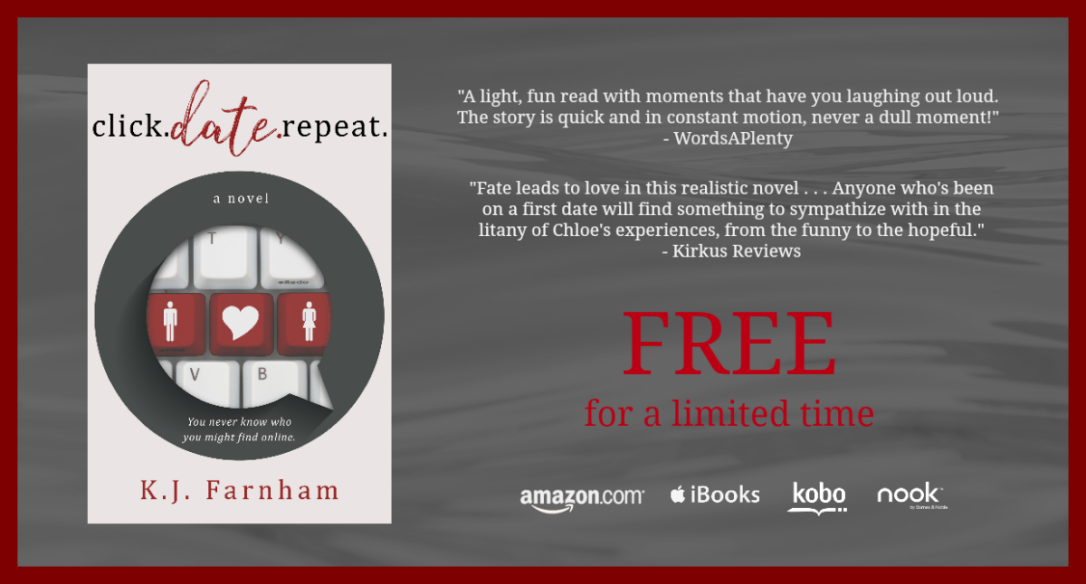 Click Date Repeat is FREE and available on all platforms!

“From the first hilarious and disastrous date, I thought that this was going to be a lighthearted, humorous look at online dating, but what you get is so much more.”    – Books, Chocolate and Wine

NOTE: Anyone who reviews the Click Date Repeat box set through September 15 will be entered for a chance to win a $50 Amazon gift card. Click for details.

Never in her wildest dreams would Jess Mason ever imagine herself being a part of the online dating hype. Yet here she is smack-dab in the middle of it all. And she’s dated her fair share of online crazies to be a new connoisseur of all the weirdos out in the cyber world. After a slew of bad dates and pussy (cat that is) pictures, Jess knows that she needs to finally commit to something—or someone. And suddenly there he is, a man she can actually imagine herself with.

But when Jess is faced with an undeniable attraction to a handsome, unavailable co-worker, she’s conflicted about continuing her quest for Mr. Right-At-Her-Fingertips. Now, it’s feast or famine—and she’s not willing to starve. She certainly can’t have both–that wouldn’t be right. After all, that’s the “old Jess.” The new Jess is ready to start clicking with someone special and make a real love connection.

**This book is a spinoff of Click Date Repeat, so it can be read as a standalone.** 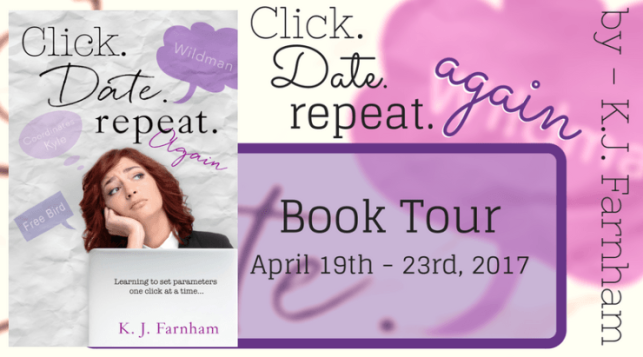 Sign up for the book tour!
goo.gl/8Pg33Y
Post options include:
*Book Review – ARCs to go out on 4/3.
*Author Q&A
*Book Excerpt
*Book/Author Feature-Spotlight

Newly divorced Jesse moves back to her hometown for a fresh start. However, with three sons in tow, romance isn’t a top priority for her. But life is full of surprises, so before you know it, she finds herself involved with two men from her past: her high school sweetheart and an old acquaintance. To make things even more complicated, she has to deal with her asshole ex-husband.

I liked Jesse’s independent nature, her subtle sense of humor, and the way she didn’t fall head-over-heels for either of the guys. I also liked the way she dealt with her ex, never allowing him to get the best of her and setting a good example for her kids. As for the men, I was satisfied with the development of her relationship with Levi, but I wish there had been more about the situation with Cole. In other words, I’m a fan of flawed characters and drama, so I wish Cole had played a bigger role. Regardless, this was a sweet contemporary romance with small town flair and several tastefully done sex scenes.

I’m curious about what DeVisser has in store for the next installment in the Coal Country series!